Like many other countries, extremely vulnerable to climate change is Indonesia too and it has a direct impact on the livelihood of the people living in the rural parts of the country. With both the dry and the rainy season lasting longer than the expected, resulting in the rise of the risk of drought and flood, both severely affecting the major agricultural activities and ultimately the food supply of the country, it has been a serious necessity for Indonesia to implement the best available technology and fight the nightmare that climate change has started leaving upon the Indonesian people.

The EASI-PAY program at aQysta is one of such attempt where we try to help farmers fight the toll of climate change and reduce its direct effect on the food supply. EASI-PAY holds the concept that farmers can buy the Barsha Pump (a pump that doesn’t require any fuel or electricity to be operated) now, use it for irrigating their crops, and pay for it only after a “Good Harvest” is met.

This is our attempt to continue dry-season farming and reduce crop failure in Indonesia where drought is very much likely and mouths to feed are rising like ever.

In 2015, the population of Lai Pandak Village, East Sumba, NTT, went through extreme hunger. Due to the unpredictable climate volatility – a long dry season and a short rainy season, supply of corn which is their regular food, was exhausted. To keep their stomach full, villagers of Laipandak started gathering sweet potatoes from the forest for consumption. But these sweet potatoes were not normal sweet potatoes. They were poisonous. When eaten, these sweet potatoes can cause straight death. Therefore, Lai Pandak villagers had to process the potatoes through a long and careful process. But that was not easy either. Holding it for too long would cause skin irritation and rashes. But, left with no choice than to starve, despite knowing how poisonous they are, Lai Pandak villagers ate those potatoes risking their life just for the sake of the survival.

Now the condition in Lai Pandak has changed. Thanks to MAX FM Radio, our partner organization in Indonesia, who introduced the Barsha Pump to the Laipandak residents, through aQysta’s EASI-PAY program. Lai Pandak villagers can now grow vegetables even in the dry season without depending on rainfall and worrying about which crops to plant when. With the Barsha Pump, water from the river is flowed into their farm easily and on zero operating cost and without emitting any harmful gases. And through the training from the Max FM Radio team, Lai Pandak residents are now learning how to grow vegetables organically too.

Not only are they free from hunger and malnutrition, the Lai Pandak farmers group, which initially had no income and were forced to eat life-taking not-so-sweet potatoes during the dry season, can now not only consume but also sell the remaining, and profit up to 40 million rupiahs per harvest. 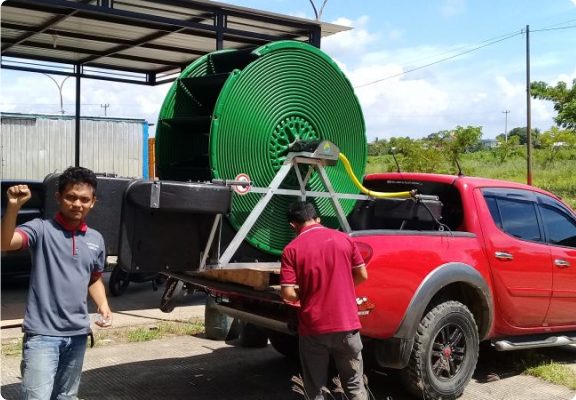 From Dreaming of a River-Powered Pump to Partnering With aQysta: A Retailer’s Story

END_OF_DOCUMENT_TOKEN_TO_BE_REPLACED 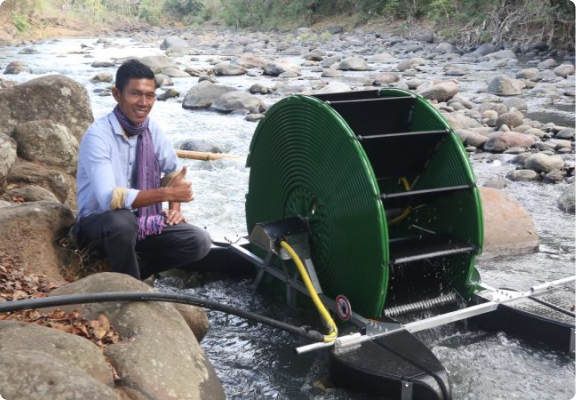 Into Agriculture With Barsha Pump: A Story of a Hotel Management Graduate